Planning a trip to New York? Make sure you block off some time to check out these beautiful Central Park attractions!

With a total of 843 acres, Central Park is the largest public park in Manhattan, New York. It spreads from Fifth to Eighth Avenues on one side and from 59th to 110th Streets on the other. The park was started in 1856 when the state used $5 million dollars to buy the property and the clearing started the next year.

It took almost 20 years to complete the park although they are constantly adding to it. Today, it boasts dozens of playgrounds, fountains, and fields as well as museums, lakes, an ice-skating rink, and a zoo. You will not want to drag your luggage around at Central Park so drop it off at a luggage storage locker in New York first. 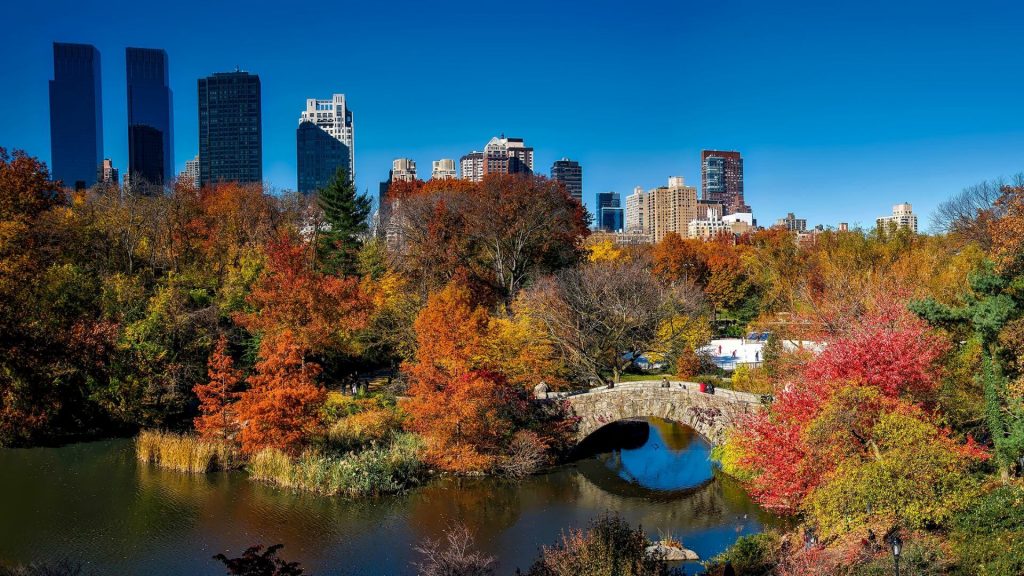 The 23-acre North Meadow is one of the most popular spots in the park and has a variety of features for everyone. The sports fields are typically the main attractions, and the rec center has sports equipment and other items you can borrow. But you will find many people just walking, jogging, biking, or picnicking.

The Butterfly Gardens are also popular and boasts four garden plots of flowers as well as two kinds of milkweed, which are needed for butterflies and caterpillars. During the spring, summer, and fall, you can see more than 50 species of beautiful butterflies. During the summer you can also see hummingbirds.

Also known as The Met, this famous museum has over two million pieces in its permanent collection. It began in 1870 with only 174 paintings and a Roman sarcophagus but is now one of the largest collections of art in the world. However, it is not just paintings and sculptures. It also has musical instruments, armor, costumes, and film.

The oldest and most interesting piece is the Mesopotamian Standing Male Worshiper from 2750 to 2600 BC. There is also a stunning Sphinx from 530 BC and the Tomb of Ermengol IX of Urgell from 1243. The museum also features paintings by Rembrandt, Goya, Picasso, and Degas as well as Renoir, van Gogh, and Monet. 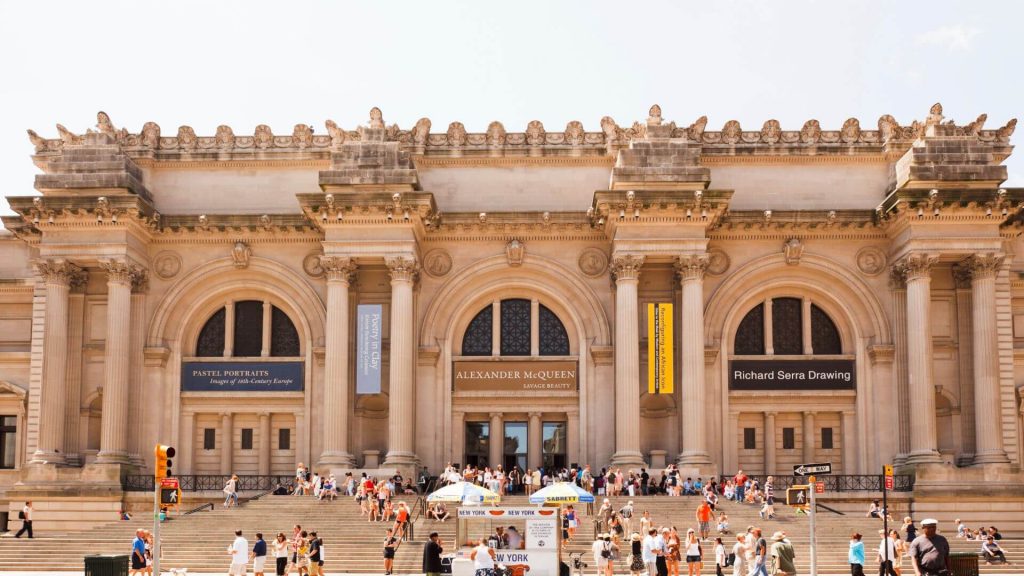 The Central Park Zoo started in 1864 as a menagerie of animals, becoming the first zoo in New York but the main zoo did not open officially until 1934. The original group of animals included a bear cub they found tied to a tree, a monkey, some goldfish, cranes, and a peacock. Today, there are more than 1,487 animals.

The most popular exhibit at the zoo is the rainforest called the Tropic Zone. In the zone, you’ll see hundreds of birds and other rainforest animals like flying foxes, toucans, tamarins, macaws, lemurs, and even some piranhas. But you will definitely want to see the Temperate Territory with the red pandas and snow leopards. 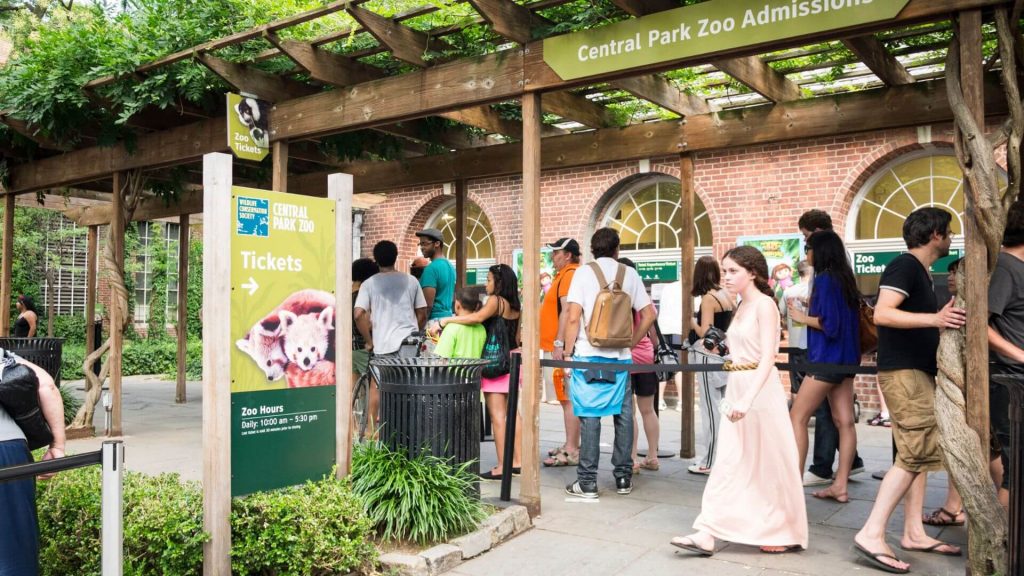 Opened in 1937, the Conservatory Garden is well-known and loved by visitors as well as local residents. The garden boasts six acres of mums, crabapple trees, lilacs, tulips, and other summer perennials like hibiscus, daisies, and coreopsis. It is sectioned into Italian, French, and English gardens with a geometric design.

Meander through the English section with magnolia and lilac trees to get to the wisteria, yew, and the large fountain in the Italian section of the garden. In the French section, you can see a vibrant bunch of tulips, begonias, and the Untermyer fountain with The Dancing Maidens sculpture by Walter Schott.

One of the most notable and beautiful places in Central Park is Belvedere Castle. It was originally built in 1872 in a style of Gothic blended with Romanesque. The tower was built in a medieval design but now has a weathervane, anemometer, and an observatory monitored by the US Weather Bureau.

The gorgeous castle also provides some awesome views of the park and the surrounding area including the Great Lawn and Turtle Pond. Many visitors to the park just stand in awe of the magnificent beauty of the castle and enjoy taking photos. But inside you can also find a visitors’ center and a gift shop to get some souvenirs. 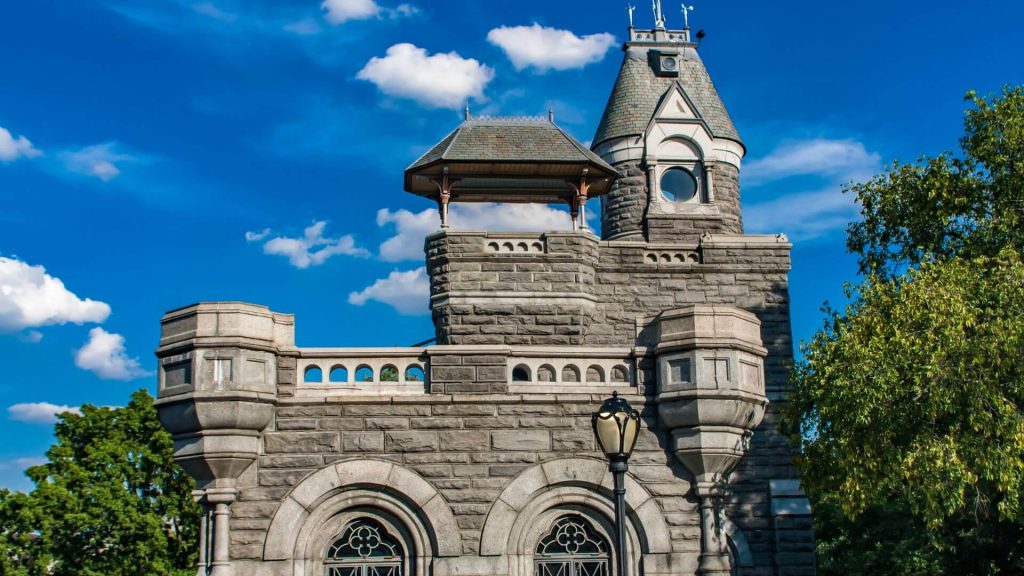 The Lake and Lake House

During the summer, the most activity can be found around The Lake and the Lakehouse. The 20-acre lake runs through the Ramble, Bethesda Terrace, and the west side of the park. In 1858, the Lake was the first spot to open to the public and that year 8,000 people showed up on Christmas day to go ice skating.

Boating started to become popular there in the 1860s and now you can rent a rowboat to row around the lake or hire a gondola from the Loeb Boathouse. Also at the boathouse, you can also enjoy a meal of oysters, grilled fillet, or one of the other dishes at the award-winning restaurant or have a drink at the outside bar. 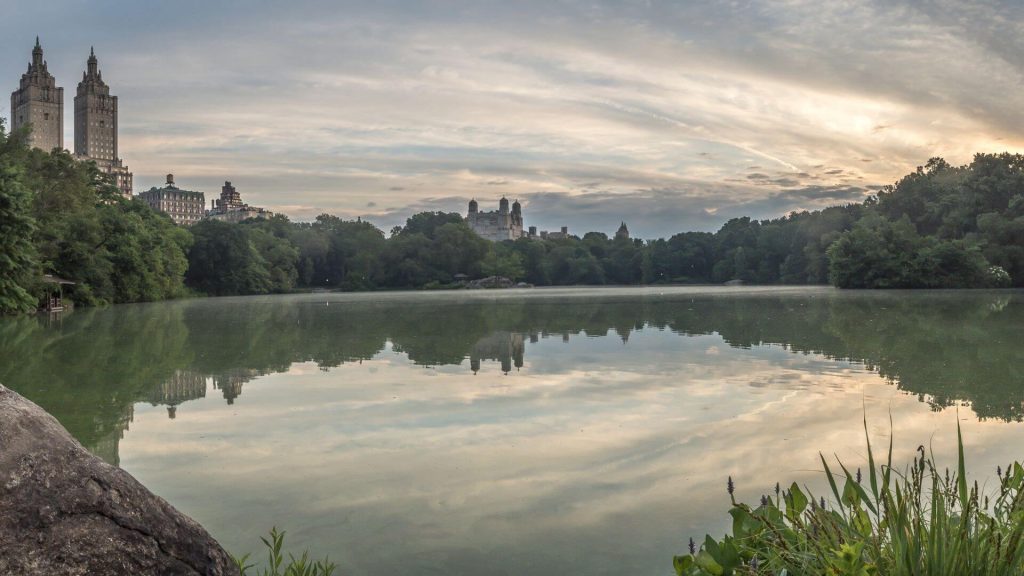 Right across from the zoo, the Arsenal is a building built in Gothic Revival style in 1847 to store ammunition and weapons for the New York Militia. It is the second oldest building in the park after the Block House, which was built in 1812. The Arsenal was built to look like a medieval castle, similar to the Belvedere Castle.

Although the building is still the same gorgeous structure it was before, now it is the home of the Central Park Conservation Center and the NYC Department of Parks and Recreation. But it is also home to the Arsenal Gallery on the third floor where you can see a variety of exhibitions of photography and fine arts.

Shakespeare Garden is a garden that grows some of the 175 different flora that is mentioned in the writing of William Shakespeare. In 1916, Shakespeare Garden was added to Central Park and is one of the eight designated quiet zones in the park. The lush garden is striking during the spring and summer with all sorts of flowers.

Not only is it a lovely place to enjoy a walk, but it is also a popular place for weddings. The garden has four acres and there is always something growing all year long. From aconitum to yews, you will always find something in bloom. Along the paths, you can also see bronze plaques with Shakespearean quotes.

While you are in the park, you can grab something to eat at one of the small eateries or concessions or try one of the restaurants right nearby. Dine in style at Marea New York, famous for its seafood. Or enjoy some Asian food at Maison Bangkok. For a casual cup of coffee and a snack, try Bluestone Lane.