Birria tacos have taken the internet by storm, and for good reason! These beef tacos with onions, cilantro, and cheese are so delicious and perfect to make in the slow cooker. 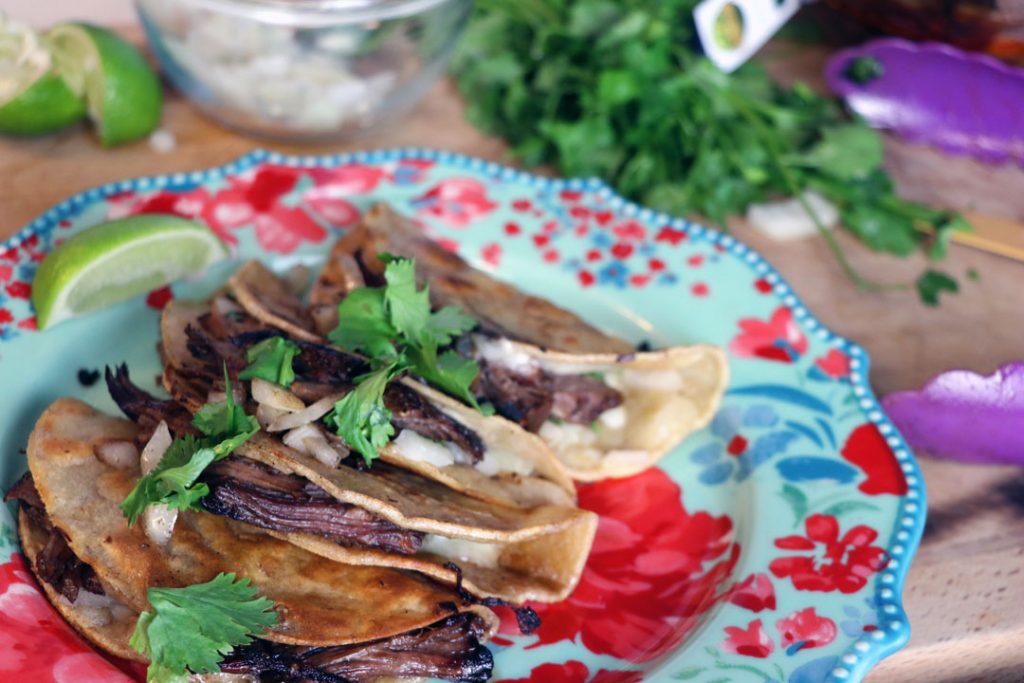 What are Birra Tacos?

Birra tacos are a viral sensation. They are a delicious taco dish originating from Jalisco, Mexico that has taken the internet by storm.

While birra tacos are traditionally made from goat meat, the recipe has been adapted and is now commonly made with beef here in the United States.

Birra tacos are known to be a celebratory dish. Commonly served during holidays and celebrations, such as baptisms, weddings, Easter, and Christmas.

What sets these apart from regular street tacos? Well, that would be the combination of the meat, cheese, onions, and cilantro together inside a pan-fried corn tortilla shell. But what REALLY sets these apart is the sauce. You see, birra tacos are served with a consume, basically the sauce in which they cook in, for your dipping pleasure. 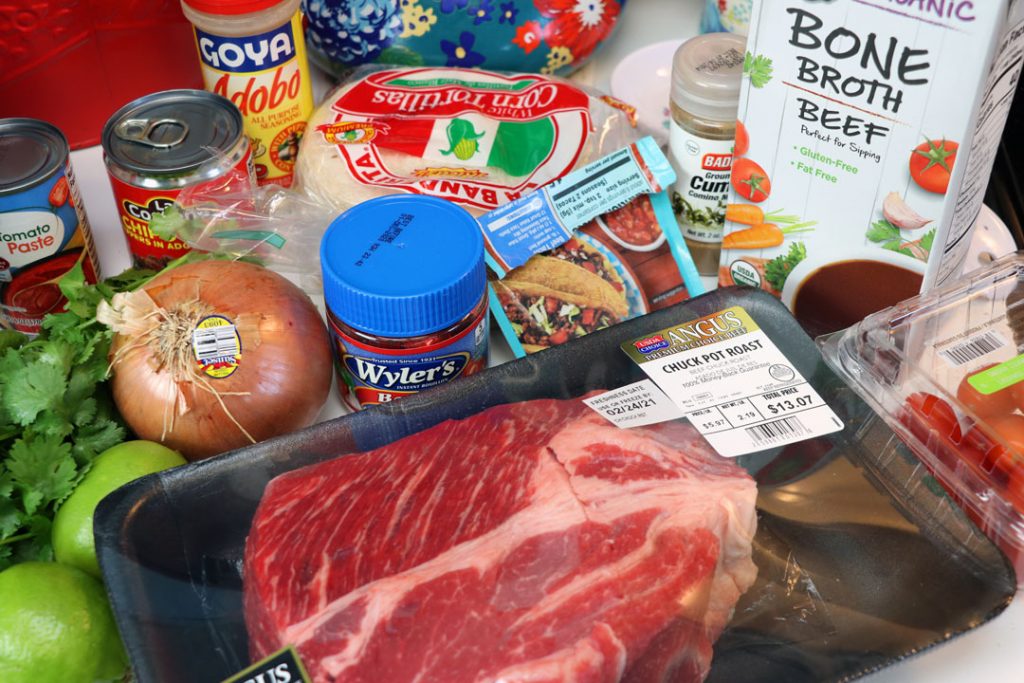 You can make birra tacos in a few different ways. All three options will give you the same, delicious, effect, so really your method of cooking is entirely up to you.

You can make your tacos birria on the stove-top in a large Pot or Dutch oven. The Insta Pot is another option if you want a quicker cook time.

Or, you can do what I did and cook your tacos de birria in the slow cooker.

How to Make Birria Tacos 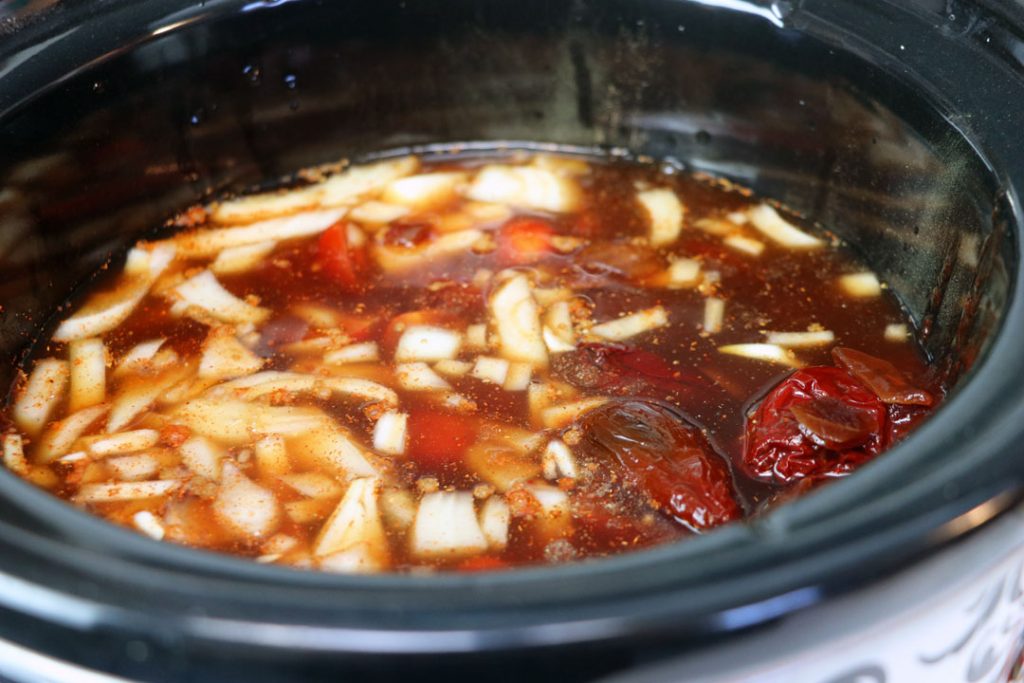 Birria Tacos may appear to be complicated, but I promise you, they are actually very easy to make… Especially in the slow cooker!

Birria taco ingredients are actually quite simple. You likely have most, if not all, of these in your pantry already!

Most of your ingredients will be tossed together in your slow cooker. The meat, broth, seasoning, tomatoes, half of the onion, and chilies.

Leave them to cook on low for about 6-8 hours. 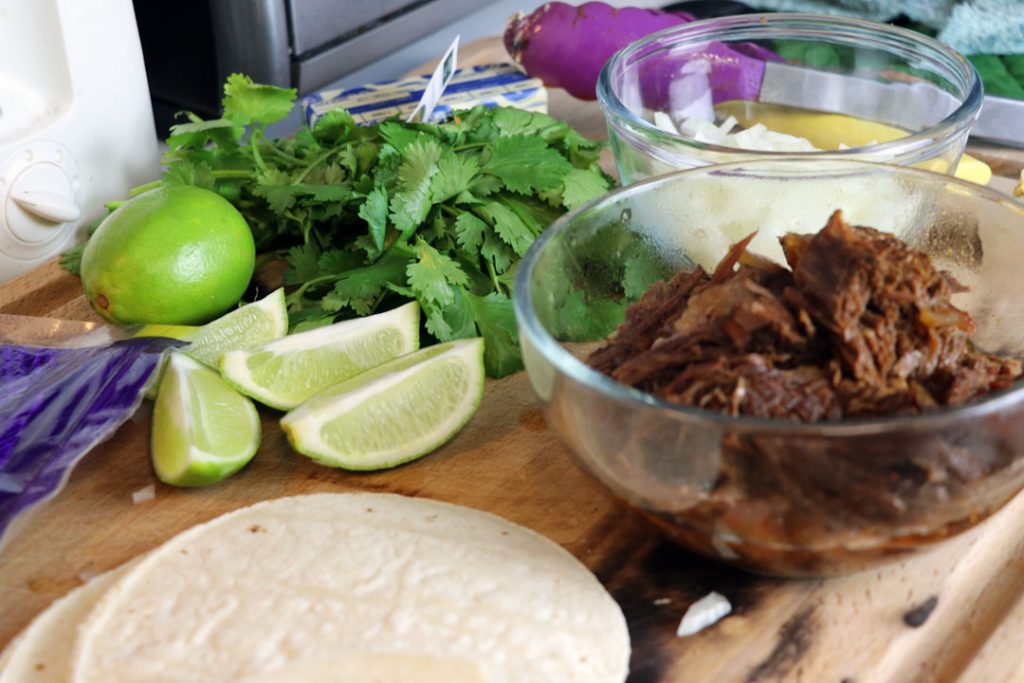 Once your meat is fall-apart tender, remove it from the slow cooker.

Add tomato paste to the slow cooker and cook on high while you prepare the tacos. This will become your birria taco dipping sauce!

Time to heat up your pan and start building your tacos. Make sure you get a pan nice and hot before putting down your corn tortillas. This will ensure they get nice and crispy, which is what you want for a birria taco for sure. 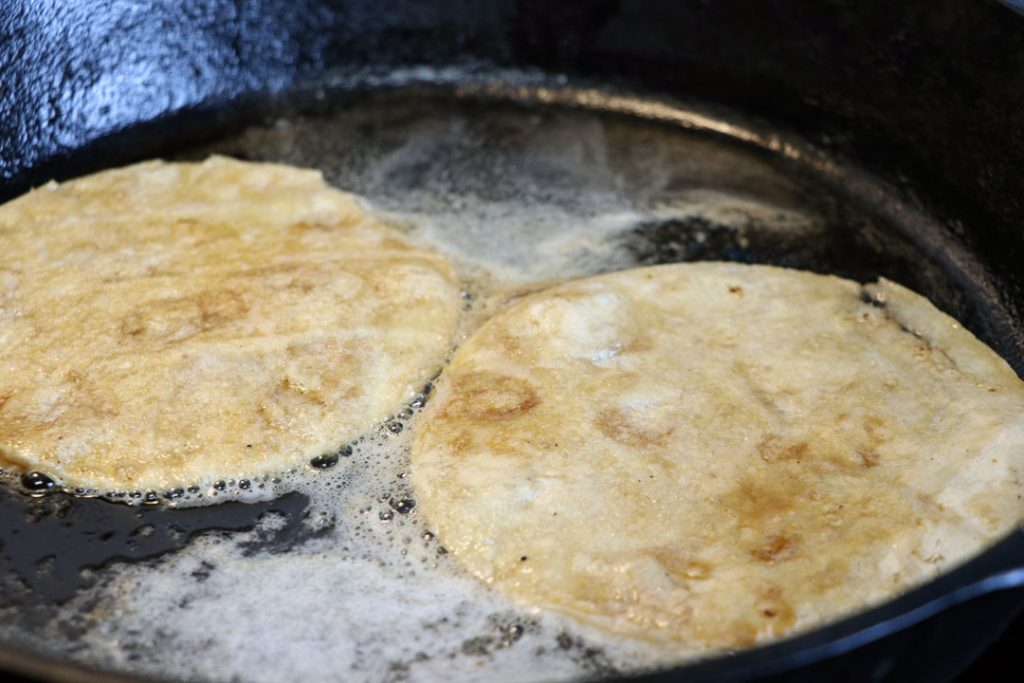 Once you have cooked your corn tortilla a bit on each side, place cheese, meat, raw onions, and cilantro in the middle of the shell. 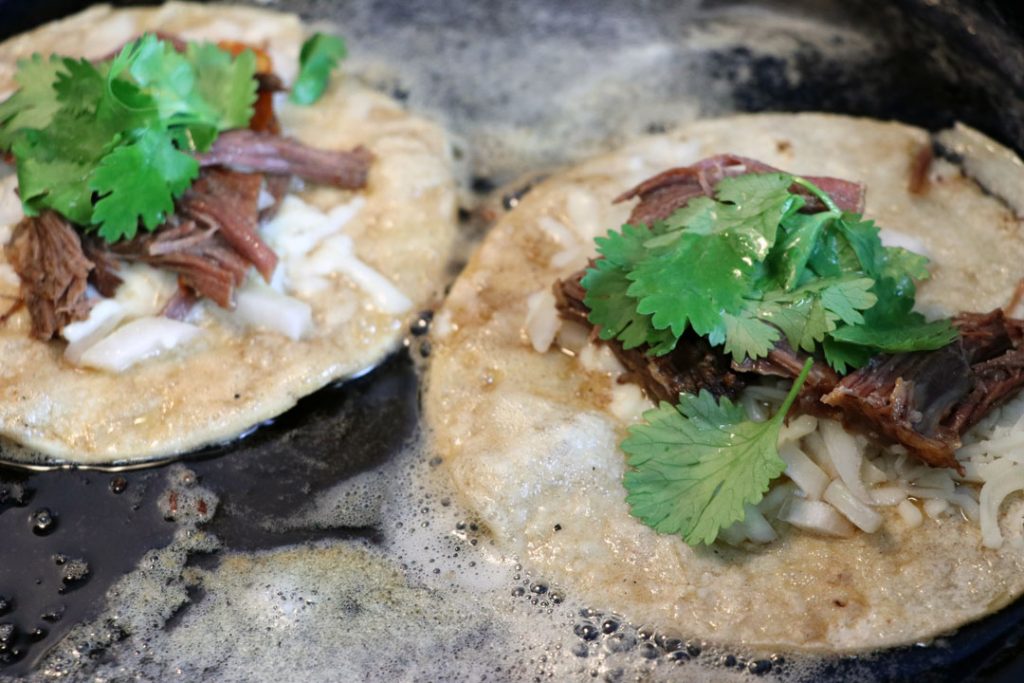 With the meat, onions, cheese, and cilantro inside, gently “close” your taco. I used a pair of tongs and it was super easy.

Continue to pan-fry your corn tortilla until it is nice and crispy on both sides. 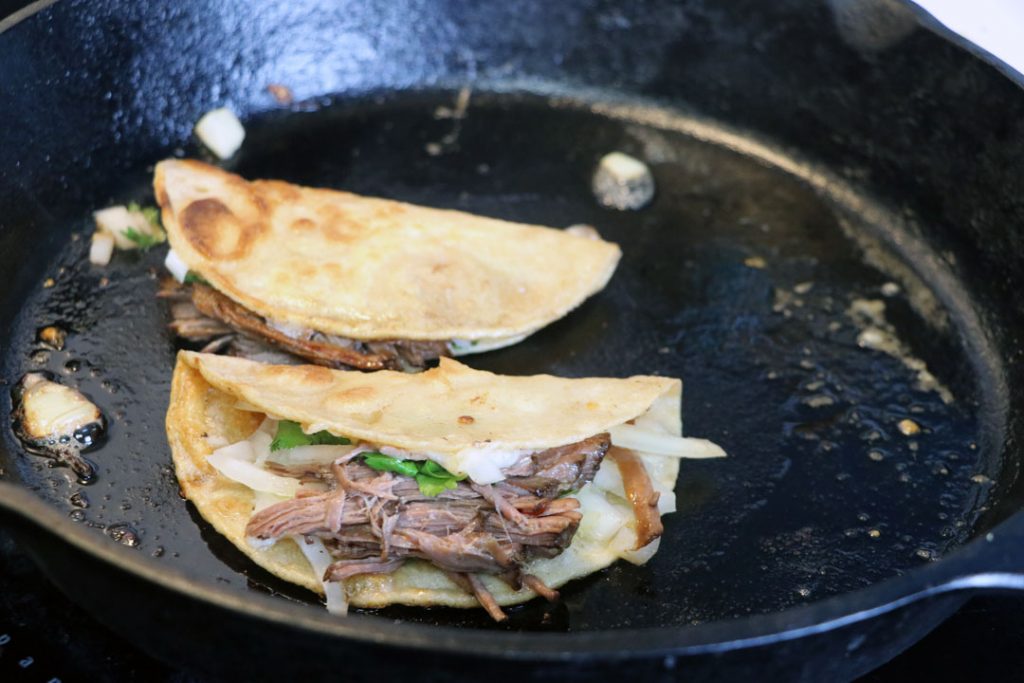 Plate with a side of the birria dipping sauce still in your slow cooker and let cool before eating! 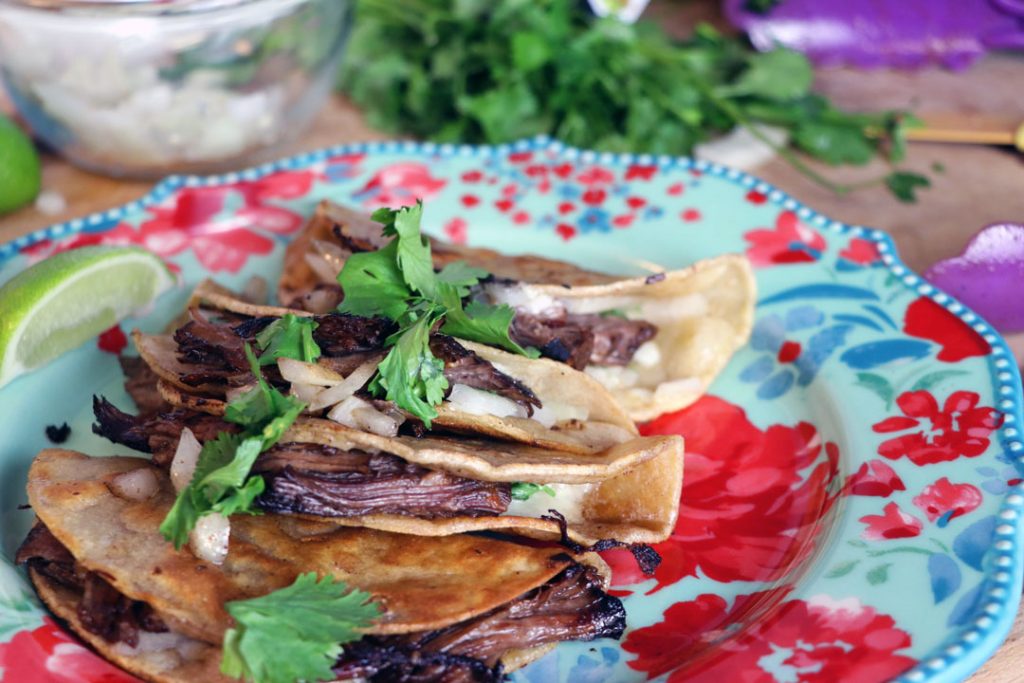 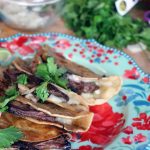 Birria tacos have taken the internet by storm, and for good reason! These beef tacos with onions, cilantro, and cheese are so delicious and perfect to make in the slow cooker.

Love this recipe for birria tacos? make sure you pin the image below to save for later! 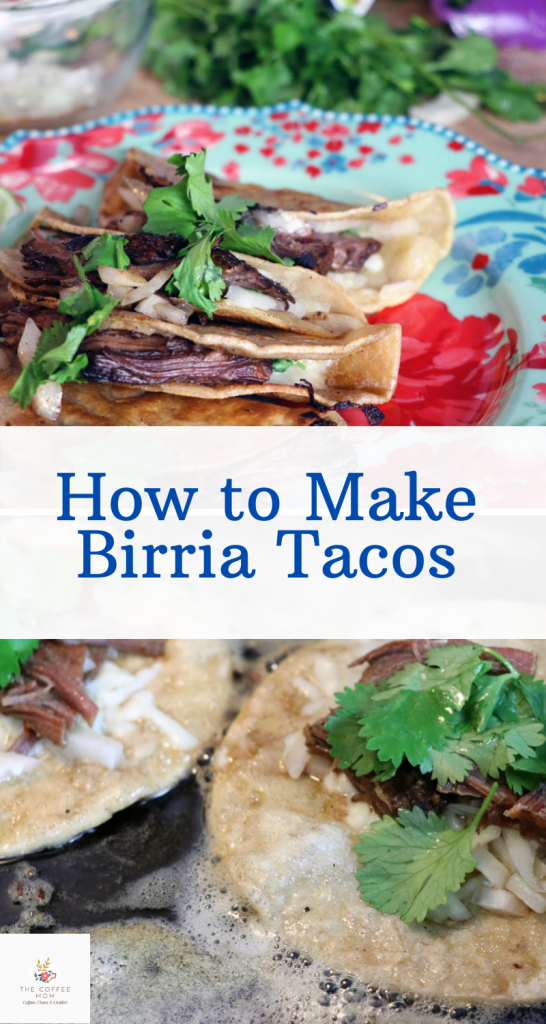 […] delicious shrimp needed something more though, and since tacos are probably my favorite dish ever I decided to play around and turn my favorite restaurant […]

Why You Should Try New Recipes at Home — The Coffee Mom

[…] Learning new recipes is learning about different cultures.  While trying out some new recipes, you tend to wonder why such recipes warrant a specific dish preparation. The food, however, can bring people together. […]

How to Make a Crunchwrap Supreme at Home — The Coffee Mom

[…] am a sucker for Mexican food. Some of my favorites include chicken enchiladas, birria tacos, and deep-fried taco […]

Oh my! These tacos are remarkably delicious! I've been on a recent taco binge and came across this recipe, and I must say I'm blown away! Oh, and thank you! I love the combination of all the ingredients, especially lime and cilantro (coriander). I tweaked the recipe a bit and added a dollop of Greek yoghurt and it's out of this world! Sour cream works as well!!

So happy to hear this! I will have to try it with some sour cream!

[…] newest taco obsession has to be these fried taco triangles. They remind me of Chimichangas in a way.  I pretty much always get a chimichanga when I go out to my favorite Mexican […]